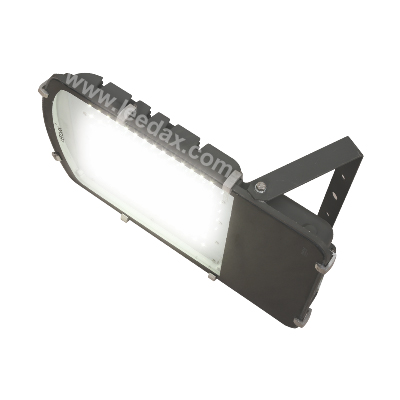 Cricket was first played under floodlights on Monday, 11 August 1952[6] in England which was watched by several million people on their television sets. Since then most test playing countries have installed floodlights in some or all of their stadiums. Traditional Cricket floodlights have a long pole on which lights are fixed. This is done because several times, the ball travels too high when a batsman hits it and high lights are needed to keep the ball in sight. However, many cricket stadiums have different types of floodlights like the ANZ Stadium in Australia. The DSC Cricket Stadium in Dubai recently installed Ring of Fire[7] system of floodlights which is latest and smartest system of floodlight in the world.

1 – Longevity
LED floodlight are very long lasting as compared to standard Metal halides and mercury floodlights. In an average, these floodlights last 10 times longer than incandescent, halogen, fluorescent metal halides or mercury lights. Once you install an LED floodlight, you do not have to worry about replacement for a very long time. These lights also do not die abruptly when they near the end of their lifespan.
4 – Low Maintenance and Replacement Costs
LED floodlight are tough, durable and long lasting. This saves the user a considerable amount of money, time and effort. The bulbs are encased in tough, unbreakable coverings, making them impervious to breakage.
7 – Unaffected by Weather and Temperature Changes
LED floodlight are impervious to temperature fluctuations and environmental conditions. Unlike some other lights, LEDs remain stable and functional even in freezing conditions. This makes them all the more ideal for cold warehouses and storage areas.

2 – Energy Friendly
LED floodlight eliminate the need for frequent bulb replacements. This contributes to the reduction of hazardous waste. They also consume very little electricity. You can save as much as 80% on electricity costs by using an LED floodlights. Overall, this is a highly energy-friendly alternative.
5 – High on Safety
LED floodlights are one of the safest lighting options. One of the reasons is the absence of heat emanation, which reduces the risk of electric and fire accidents. Another reason is the absence of fragile filament. This filament, which is used in other lights to provide the cover, is easily breakable.
8 – Free of Mercury, Lead and Carbon Emissions
Mercury and lead are not used in the production of LED floodlights. These lights do not give out any harmful emissions such as carbon. As a result, they are much friendlier to the environment and also to the health of people nearby.

3 – Less Heat Emission
One of the major problems with traditional lighting is that a huge amount of supplied energy is converted to heat. This heat in then wasted, because it dissipates in the surrounding air. This is a major factor contributing to global warming. LED floodlights do not emanate heat and conserve the maximum amount of electricity. Because they do not contribute to a rise in temperature, these lights are ideal for use in cold storage warehouses.
6 – Produce Bright White Light
The white beam of light produced by LED floodlight is very much similar to daylight. This makes it very easy to see and retrieve items. When used in stadiums, it makes the spectators feel as though it is day time.